How should I place food in convection ovens to achieve optimum cooking?

In convection ovens (Zanolli Teorema Ànemos, Planet Gas, and Rotor Wind series) it is recommended to place food taking into account the airflow inside the chamber. In these ovens the hot air, responsible for cooking, bakes the food on the edges of the trays first, then moves inwards. Food should not obstruct the air flow. NO! Incorrect way of placing food during cooking: the hot air will cook the dough on the outside first 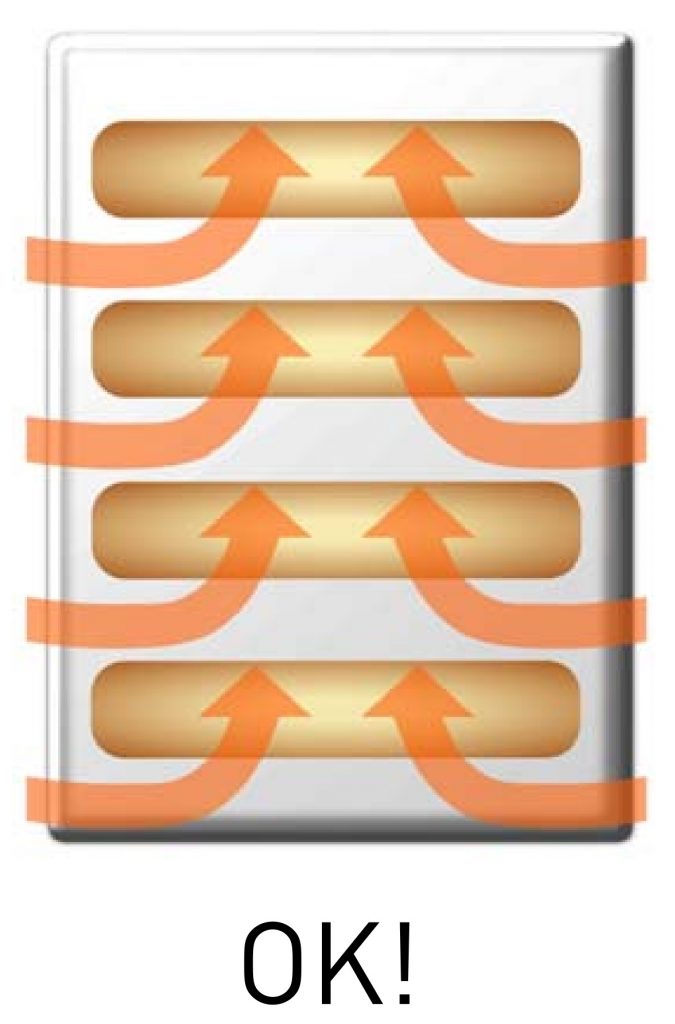 OK!! During cooking, the hot air cooked the croissant evenly.

In rotating rack convection ovens (Zanolli Rotor Wind) the food can be placed without following these precautions, as thanks to the rotation of baking trays the air shielding effect is reduced.

The name is already a guarantee of space saving. Adapted for use in snack bars, sandwich bars and small pastry bakeries, Lilliput is the small convection oven that’s ideal for cooking croissant, cakes, panini and every type of small pizza. High quality cooking and maximum ease of use are combined in an indispensible tool for […]

Space saving and versatility: these two advantages are guaranteed to those who choose modular Planet ovens. This product is ideal for small production areas dedicated to pastry making or baking. With Planet you can cook bignè, sponge cake, croissants, bread and baguettes thanks to the vaporiser that emits just the right percentage of humidity into […]

Rotor Wind is a convection oven that goes out of its way to meet your production needs. It comes in various different models from the smallest able to contain 8 trays, to the largest, making it possible to cook with 36 trays simultaneously (40×60 cm). If you have a large bakery or pastry shop, this […]