The Zanolli philosophy accompanies the young Veronese to conquer Detroit 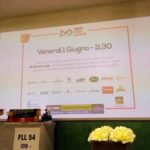 The quest for innovation, investing in young people and team spirit have always guided Zanolli. For the second consecutive year we are proud to have supported and accompanied the team of talented young Italians IDB TECH-NO-LOGIC of the Istituto Salesiano Don Bosco of Verona in their international adventure.

Their story, which we want to tell below, is full of commitment, talent, but especially excitement.

The IDB TECH-NO-LOGIC team of the Istituto Salesiano Don Bosco of Verona, under the auspices of FIRST® LEGO® League Italia, has participated in the World Robotics Championships in Detroit (USA), from the 25th to the 28th of April 2018. The competition, built around four trials, saw the participation of 102 teams from all over the world. The Italian team won first place in the Presentation Award, i.e. the presentation of their scientific project, and ranked among the top 10 in the world in the competition.

FIRST® LEGO® League is a global science and robotics competition between teams of young people aged from 9 to 16 who design an environmental project, which this year was under the theme of hydrodynamics, and compete.

The teams use Lego bricks to build autonomous robots and programme them, applying them to real problems of great general, ecological, economic and social interest in order to search for innovative solutions. The competition requires its participants to carry out a study with all the characteristic criteria of scientific protocol on a topical problem.

The team from the Istituto Salesiano Don Bosco of Verona, iDB Tech-No-Logic, led by coach Professor Luca Zanetti and composed of 10 applied sciences students in the third year of high school, has passed both the national selections in Reggio Emilia (January 2018) and the national final in Rovereto (March 2018). It was the only team representing Italy during the World Finals in Detroit (USA) that were held at the Cobo Center from the 25th to the 28th of April 2018.

The scientific project that they presented is called “EWSC“, or Ecological Water Storage Concept, for smart recovery of water for irrigation. The project aims to store waste rainwater, which can later be used through commonly used objects especially equipped with empty spaces inside them (vases, walls, etc.). There are several advantages of these designs: they look the same but, thanks to the EWSC project, part of their volume acts as a water container.